‘Gaming phones’ are pretty new in the market. The customers started hearing the term often when Razer Phone went live in November 2017. The device packed in flagship specifications with a signature look that proclaimed it was made for gamers.

Then came ROG Phone in June 2018. In case you follow tech news, you know ROG stands for Republic Of Gamers and it is a sub-brand of Asus. Following the footsteps of Razer, Asus included top-of-the-line specs in the device.

Almost a year later in July this year, the company announced ROG Phone 2. Inside, we can find Snapdragon 855+ SoC. How does it differ from regular 855 chipset, you may wonder! The ‘+’ (plus) sign proclaims the processor is overclocked.

On the optics-front, the phone packs in a dual camera module on the back with a 48 MP primary sensor and a 13 MP secondary one (It’s a gamer-centric device, that’s why you don’t see a triple or quad camera setup). Up front, it flaunts a 24 MP selfie shooter.

Even though the OEM launched Rog Phone II in China a couple of months ago, the global unveiling happened only this month. And, it runs on Android 9.0 (Pie) based ROG UI (it is optional in international variants). As Android 10 is already out, customers begin to crave for the same.

To recall, the company published a list of titles that support above 60fps gameplay on ROG Phone II. And, they even pushed an update to the handset with a lengthy changelog, including more than a dozen fixes and features.

Rog Phone 2 is the latest flagship from Asus. So, it should get updated to Android 10. However, until two days ago, there were no official confirmations. Now that a moderator has broken the news on the official forum, we can say it undoubtedly.

When is it exactly going to happen? Well, we couldn’t pull out any timeline! Nonetheless, from the reply, it is evident that the second gen ROG Phone will get Android 10 only after ZenFone 6. In case you are naive, Asus 6z (ZenFone 6) is the brand’s regular flagship released in May 2019.

You might have buried yourself in disappointment as a first generation ROG Phone user, after waiting for Pie. Don’t worry! In a different reply, a moderator confirmed Android 9.0 is going to arrive on ROG Phone 1. You can expect it to happen before Android 10 OTAs rollout for ROG Phone 2 (waiting period is relatively less for the second generation users, though).

Talking about ZenFone 5z (6z’s predecessor), it already got Android 9.0 update. From the forum replies, we can anticipate, the company developers are busy working on Android 10 iteration for Asus 6z.

Note:- Stay tuned to our Asus section to know when the OTAs go live. 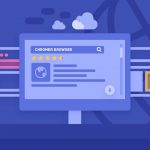