Razer Phone 2 is a powerful gaming smartphone that packs in some beastly specs for hardcore mobile gamers. Though the smartphone was unveiled back in 2018, it still houses pretty beefy specs. However, at the time when smartphones were opting for bezel-less design, Razer decided to have a thick top and bottom bezels on the Razer Phone 2. But, if you love gaming on a smartphone then, Razer Phone 2 does provides a good grip thanks to the bezels.

Cut to now, ever since the launch of Android 10, users of Razer Phone were eagerly waiting for the new firmware update on their device. And in a recent development, we have spotted an interesting report about the Android 10 update for Razer Phone 2 (hint: more waiting!).

Keep in mind that the AT&T variant of the phone was blessed with Android Pie in July. The Original Razer Phone, on the other hand, got the Android 9 Pie update back in August and it was re-released, the next month with game booster fix.

The second gen Razer Phone has been served with the September patch a couple of months ago while only the users of the AT&T variant of the device have received the November security patchset along with some major bug fixes.

Coming back to the Android 10 update, one of the Razer Phone support representative stated that:

Yes. We’re actually looking forward to this update but as of this moment, we don’t have an exact release date for the said update.

You can check out the screenshot of the chat shared by one of the users on Reddit:

Moreover, looking at the discussion, users gave mixed responses to this piece of information where some users seemed excited about this new update while others still had their doubts.

We will keep you in the loop and will update our readers once we have more information in this regard. Let us know in the comments below if you are excited about receiving the Android 10 update on your Razer Phone 2.

As per the latest development, there are still no clarity about the Android 10 update. Amidst this, the February 2020 patchset has gone live fro the device. Read the entire story here.

IST 10:52 am: Razer has still not released the Android 10 update for the Razer Phone 2. The device bagged a new update. however, it carriers the September security patch based on Android 9 Pie. For more details, head here.

NOTE: For more Razer phone related stuff, you can check out this section to read more similar stories. 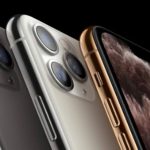 Yet another iOS 13.3 exploit on A13 teased, still in the unchartered water 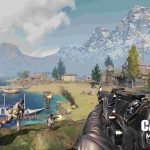