[Update: September 10] Waiting for Razer Phone 2 Android 10 update? Here’s what you should know 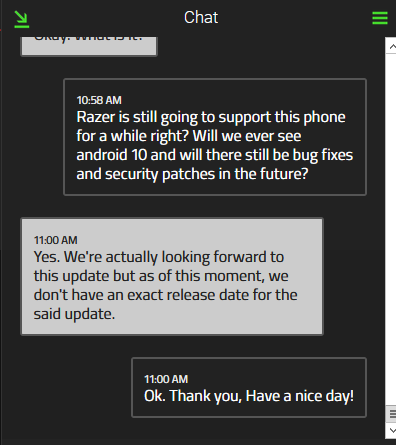 IST 10:47 am: Unfortunately, the Android 10 update for the Razer Phone 2 is still not in sight since the device has just picked up the September security update based on Android 9 Pie. Here’s a screenshot shared by a user on Reddit of the new software update.