Considering that the Redmi Note series has mostly used Snapdragon chipsets, this was a major departure for Xiaomi. Apparently, Xiaomi bought into the idea of gaming and considering the Helio G90T is the best in this range, the choice was easy for the company.

There is a general consensus in the Android fraternity that MediaTek chipsets are the second-best to Snapdragon chipsets. Matter of fact, some argue that MediTek provides limited support needed for custom ROM development, but that might be arguable.

As of this writing, the Redmi Note 8 Pro already has its kernel sources out there. Xiaomi also provided various Android developers in the XDA community with 10 units for custom ROM development and modding purposes.

While this move meant the Redmi Note 8 Pro should get custom ROMs in the near future, the light at the end of the road looks dimmer.

According to reports on social media, the Note 8 Pro is experiencing a bricking issue when one tries to install a custom recovery like TWRP, Magisk or even official MIUI 11 updates using recovery mode.

For seasoned modders, this isn’t new at all. But what’s strange with the Note 8 Pro is that there is no proper way to unbrick the phone once it bricks. This is where the MediaTek SP Flash Tool comes in, allowing users to flash Stock, Custom firmware, kernels, recovery files and more.

But in the case of the Redmi Note 8 Pro, one needs an authorized Xiaomi account – an account that only a few people have. Granted, any Note 8 Pro owner who bricks their device and doesn’t have the said authorized account cannot unbrick the device.

So far, Xiaomi hasn’t said a thing about this development, but reports suggest the few who have the authorized account are now charging Note 8 Pro owners to unbrick their devices.

One of the XDA developers who got a Redmi Note 8 Pro for custom ROM development purposes, Agent_Fabulous, has a detailed Twitter thread that dives deeper into this issue, suggesting that it could be non-related to MediaTek. Check it out here.

The worst case is that if this goes on, the Redmi Note 8 Pro might never get proper custom ROM support. Matter of fact, developers of the Xiaomi.eu ROM have already blacklisted the Note 8 Pro from their development escapades for this very reason.

Our hope is that Xiaomi will look into it and fix the issue at the soonest. We will let you know if and when we get news. Meanwhile, stay tuned to our Xiaomi and Redmi sections for more related stories. 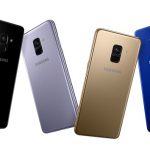 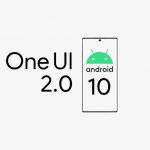