Be it the monstrous 64 MP camera or 18W fast charging, these once-reserved-for-premium features are now available to the masses thanks to Xiaomi. The ever-popular Redmi Note series has a new flag-bearer in town, and this Redmi Note 8 Pro packs immense value for money.

Although the phone was launched with Android Pie based MIUI 10 out of the box, the Chinese OEM was quick enough to deliver stable MIUI 11 update in different regions. This is the first Xiaomi phone having separate firmware for Indonesia, so cross-flashing becomes a little harder.

Matter of fact, the bootloader of MediaTek Helio G90T SoC inside this phone does not support booting TWRP on the fly. Because of this limitation as well as additional bricking reports, xiaomi.eu decided to completely abandon Redmi Note 8 Pro from their build roster.

– We dropped support for HMnote8Pro MTK [begonia] due to a lot of bricks caused by installing TWRP or Magisk or any other mods.. MTK does not allow to boot to Fastboot if something “goes wrong” and users are forced to flash images via SPFlash Tool EDL mode which is locked by Xiaomi for few authorized accounts only.. so for safety of users, we will not release any ROMs for this device..

PS: We do not recommend buying MTK devices if you want to use our ROMs..

The owners of the phone are also affected by a strange Spotify freezing issue, but that’s a separate story. Xiaomi is trying their best to resolve the bugs as the company is now offering a new update with the November patch alongside a fix for non-working notification shade.

– Fix: Couldn’t open the Notification shade in some cases

Currently, the OTA is rolling out for the European as well as global units. Indian users should get it soon, although we are expecting a major update on top of Android 10.

Skip the queue, and download the appropriate package for your model from the following section. Sideload and done! 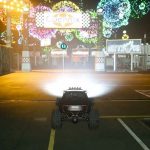