Samsung, Apple, Huawei, and even Google are the possible names that spring up whenever a smartphone conversation is on the table.

Honestly, it’s understandable because the mentioned vendors have some great phones to offer the smartphone consumer. This, however, doesn’t mean other vendors aren’t doing anything to get noticed.

Sony Xperia phones, for instance, don’t get the attention the likes of Samsung Galaxy, iPhones or even Google Pixels get, but Sony has been making efforts to stand out in the market with something for everyone. Sony has something for the tiny-handed folks who are continuously being overlooked as far as good premium phones are concerned, binge-watchers who want some huge screens to enjoy movies, or just someone who wants something out of the norm.

Unfortunately, new Sony Xperia phones come to the market at the expense of older ones (it’s not unique to Sony). This means that as new models come in, Sony shifts attention and resources from the older models to the newer ones, meaning things like software support are dropped.

This is the exact case happening for those still rocking the Xperia XZ1, Xperia XZ1 Compact and Xperia XZ Premium from 2017. Unlike the latter, the former duo has only picked up a single major OS upgrade, coming from Oreo to Pie.

Since Google recommends two OS upgrades for Android devices, both the Xperia XZ1 and its Compact counterpart were expected to receive Android 10. Heck, Sony even published an Android 10 building guide that got us thinking the devices would get the new OS, but no.

The screengrab above is from the official Sony software support page detailing the devices that are still supported for monthly security patches. As you can see, the Xperia XZ1 duo and XZ Premium have been dropped from the listing, meaning no more updates for the trio.

From the look of things, it seems the Xperia XZ1 will remain on the September patch, which arrived a few weeks ago.

If you think your Xperia XZ1 or XZ1 Compact truly deserves an update to Android 10 – which it does – feel free to join in the petition that aims to compel Sony to provide the update for these two.

Good luck with that, though.

NOTE: We have more Sony-related coverage here. For Android 10 stuff, check out this section. 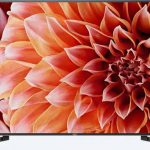