Sony decided to skip a bunch of numbers and unveiled Xperia 5 at IFA 2019. Thing is, the phone carries the same gene from Xperia 1 – similar (albeit lower resolution) 21:9 display and an identical camera setup. Thanks to the reduced physical dimension, I would love to tag it as Xperia 1 Compact.

Sticking with Qualcomm Snapdragon 855 SoC was a strange move from Sony, as the ‘Plus’ variant is already available in the market. The Japanese OEM also reduced the battery capacity a little – 3,140 mAh from 3,300 mAh in Xperia 1.

Both Xperia 1 and Xperia 5 run Android Pie out of the box. As a flagship, they are entitled to get Android 10 update in the near future. You can even install vanilla Android 10 on your Xperia 1 right away with the help of Sony’s Open Devices program.

Sony is making things even easier for tinkerers and device modders, as they have published the kernel source code for every Xperia 5 variant. Those who are interested can download the packages from the following links:

Apart from that, both Xperia XZ1 and XZ1 Compact is getting the September security patch via software version 47.2.A.11.228. They received July patch back in mid-August in the form of build 47.2.A.10.107.

Recently Xperia XZ2 family also received a new security update, so we could say Sony kickstarted the monthly OTA season for this month. The size of the incremental OTA is pretty huge (over 400 MB) for a typical security patch, but the lack of a proper changelog prevents us to investigate further.

Sony has not published the corresponding kernel source code yet. Guess they will do it after pushing the update for Xperia XZ Premium, as the phones share a common hardware platform.

When do you think your beloved Xperia XZ1/XZ1 Compact will receive Android 10 update from Sony? Comment below. 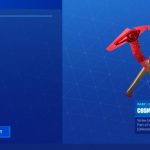 Fortnite Out of Time Mission: Red variants of Cosmic Cleaver Pickaxe & Pixel Pilot Glider not attainable issue being looked into 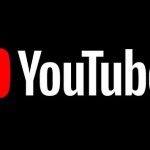