Lately, multiple Android TVs have picked up their updates to Android Pie, among them several models from Xiaomi and Sony. As usual, though, not all models are eligible to receive the Pie update from either vendor.

Sony has more smart TVs to update to Android Pie TV than Xiaomi for obvious reasons. The Japanese tech giant has been in the smart TV business for a while now and in fact, it’s one of the company’s divisions that doing great.

Sony’s list of smart TVs eligible for Android Pie TV might seem extensive, but it still leaves out some notable mentions, among them the Sony Bravia X900F and X900E models.

As explained in this post, Sony claims the dropped models will miss out on Android Pie TV because of their older chipsets. Apparently, forcing Pie onto these chipsets will only work to worsen the already buggy user experience on the Sony Bravia X900F and co.

The Japanese company says it did try to run Android Pie on the Bravia XE9305 model and while the UI was improved, the overall experience was laggy and unbearably slow. But in an interesting turn of events, it’s now emerging that the Bravia X900F could receive Android Pie after all.

It’s worth noting that older Sony Bravia TVs that won’t be receiving the update to Android Pie are likely to receive a couple or so features from the said Pie update in 2020, including the new menu and support for Apple AirPlay.

Whether this is the update the Sony rep is talking about with respect to the Bravia X900F is still unclear, but indeed, time should tell. We will keep an eye on the story and update this article when we get news. 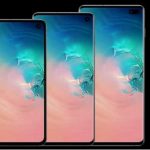 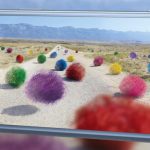