OnePlus is known for its timely rollout of software updates, both monthly security patches and major Android OS upgrades.

The Chinese OEM is the only one, besides Google, that has Android 10 running on nearly all of its devices. The latest to get the OS are OnePlus 6 and OnePlus 6T, but the road has been quite bumpy for the duo.

The stable OxygenOS 10.0.0 update based on Android 10 first arrived on OnePlus 6 and 6T in early November, but things didn’t go as planned, with issues arising from all corners. As a result, the initial rollout was halted.

After a month of fine-tuning the software, OnePlus re-released the stable Android 10 update for the duo as OxygenOS 10.0.1, this time with the many issues resolved.

Today, multiple OnePlus 6T owners from various regions are now reporting that a new OxygenOS 10.3.0 update is arriving over the air, weighing in at 299MB.

Coming from OxygenOS 10.0.1, this is a pretty huge jump and it has gotten some people worried about its stability. Well, according to some of those who have installed it already, things are perfect.

In fact, the new OxygenOS 10.3.0 update not only improves the security patch level to the November security patch, but it also brings back the option to hide the notch alongside some cloud features.

Below is a summary of what the new update brings to the OnePlus 6/6T devices.

Although the changelog mentions Android 10, this is an incremental upgrade from v10.0.1. Still, do let us know if you are able to switch directly from Pie to the latest version via an OTA in your comments at the end of this story.

It’s worth noting that just about every report coming in regarding the OxygenOS 10.3.0 update is from a OnePlus 6T owner. So far, we haven’t seen owners of the standard OnePlus 6 confirm to have received the update, but it should be on the way.

Even better for 6T owners is that we also have the download link to grab the firmware for manual installation so that you don’t have to wait days for the OTA to arrive.

NOTE: We will update this story with the OnePlus 6 download link when we find it. Meanwhile, check out more OnePlus stories here.

The update is live for OnePlus 6 as well.

Pokemon Go Buddy Adventure : How to feed, play and walk with Buddy Pokemon 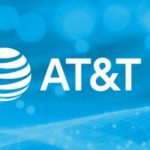