It’s now a month since Google Stadia launched. In case you just came from a cave, Stadia is a cloud gaming service that works across multiple screens such as smartphones, PCs, and even TVs.

At the time of its unveiling, interested gamers needed to buy any of the two available bundles: Founder’s or Premiere Edition. In either case, Googe included a Chromecast Ultra tuned to work with Stadia out of the box once connected to a TV.

For those who already owned one of these Chromecast Ultra devices, the search giant also promised that Stadia would be compatible, but only after a software update.

The wait for this firmware to arrive has taken a month, but it’s finally here. Google’s Stadia Twitter account has revealed that all existing Chromecast Ultra devices should be ready to play some cool games after installing the incoming update.

Sure, this very same Chromecast Ultra update was made available about a month ago to select users who signed up for the Preview program. As it stands, the latest rollout is targeting every other unit out there.

To recall, we reported about overheating Chromecast Ultra units when hooked to Stadia. It will be interesting to see if the incoming update will address the issue.

If you own the first-generation Chromecast Ultra, there is no Stadia for you. It’s unknown whether such an update will also be made available for this model in future, but it seems unlikely.

The Chromecast Ultra is recommended because of its faster Wi-Fi radios, ethernet connectivity, and the obviously faster processing needed to stream high-quality games to a TV. 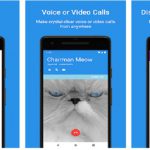 Signal adds sticker support to the beta version of the app