The graphic performance of games has direct connection with the hardware they run on. If you have a high-end rig, you can expect it to render close-to-life visuals. In case you own a gaming console, you know the difference between the graphics it brings and those a smartphone does.

Google has recently minimised the importance of hardware in rendering high quality video games by launching a cloud gaming service named Stadia. With its official controller, you can play titles even in 4K resolution.

Google Stadia doesn’t need you to download your favourite game. But instead, you can access it from a remote server and the input is sent directly to it. Moreover, you can see the video on a device you choose (smartphone, laptop or TV).

Released two days ago, the Mountain View brand markets it as a plug and play service with no hassles. On paper, it sounds like an alluring idea. Does it work like it should? A couple of Reddit posts we have pulled out indicates it doesn’t (at least for the two who posted).

Chromecast Ultra Overheating
I was in the middle of a fight in Destiny 2 when suddenly my Chromecast died and lost connectivity to the network. I went to unplug it from the power and it was extremely hot. Has anyone else experienced overheating with the new Chromecast Ultras that come with the Founder’s Edition? I hadn’t seen other posts about that.

For a Chromecast Ultra to heat up, it is quite normal. When you stream content online, it will eventually get hot. But here, with Stadia, the issue goes way beyond to a point where the gadget shuts down. Let’s leave Chromecast for a bit! What about laptops connected to Google Stadia controller?

As you can see, the user is experiencing aggressive heating problem on two laptops with adequate hardware specifications. The post confirms that the systems don’t get heat up this much with GeForce Now, Parsec and Shadow.

From the look of it, we think it’s an issue from Google’s side. Are you a Stadia user? Or do you want to get your hands on one? Don’t forget to stay tuned to this story to see the further developments (like official acknowledgement, solution, etc.).

Note:- Route to our Google section for similar stories 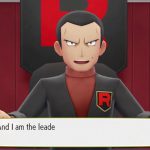 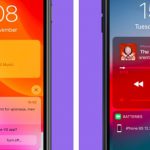