It’s easy to forget that HTC exists especially if you have never been deep into the company’s products, not necessarily smartphones. The Taiwanese company’s smartphone business hasn’t done well in years and nothing changes with just about every release.

The most premium phone from HTC is the U12+ that came out in June 2018. That’s over a year ago and while fans expected to have gotten a successor to this handset by now, the best they get is the HTC U19e.

The U19e is a midrange handset powered by the Qualcomm Snapdragon 710 chipset and runs Android Pie out of the box. Late last month, HTC announced that the device, alongside the HTC U11, U11+ and Desire 19+, would receive a new update in the coming weeks.

We’ve already documented the said updates for the HTC U11, U11+, and the first-gen HTC Exodus. In the coming days, we expect the HTC U19e and Desire 19+ to pick up their updates as well.

1. Support TWM VoWifi and SMS over IMS
2. TWM M + APP will not receive messages when it is idle
3. Delete CHT has been removed APP (accelerated Daren, Hami Music)
4. Strengthen the security of the built-in email
5. Fix the problem of searching for contacts by the built-in email keywords
6. The phone is automatically adjusted to mute when it is flipped
7. Occasional WIFI cannot be connected
8. When using Google Photos, [Android.process.media does not terminate normally] window
9. Other system performance enhancements
Source

The U19e update, on the other hand, has the changes below:

1. After selecting a dark and light theme, the drop-down menu interface has no color Changes
2. The machine will automatically turn on and off
3. The Bluetooth headset cannot switch the AAC code
4. Cannot connect to the ASUS RT-AX88U router
5. Google security update in October
6. Enhanced system System performance
Source

For owners of the HTC U11, U11+, and U12+ who picked up recent software updates, a strange issue is affecting the Calendar app, where data available before installing the new update is missing.

HTC is aware of this issue, but claims there is no way to fix it, although there is a workaround. Apparently, you’ll have to backup your calendar data on a separate third-party platform before updating and restore the data after you’ve updated to the newer firmware on these devices. 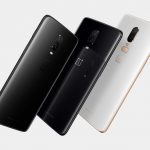 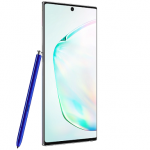