When nothing works, jump on the blockchain bandwagon! In a nutshell, this is the present condition of HTC. I can’t help myself, so here is the popular photoshopped version of a Dilbert strip:

Kidding apart, the Taiwanese OEM did release a bunch of bugfix updates at the end of November, so technically they are not dead yet. However, the management has gone haywire, as they came up with yet another blockchain phone after the original HTC Exodus.

Dubbed as Exodus 1s, the phone is surprisingly outdated right from the beginning. A mediocre Snapdragon 435 SoC, 64 GB storage (you will need at least a 400 GB microSD card to utilize the Bitcoin ledger storage feature anyway, microUSB port and Android Oreo!

The first-gen HTC Exodus does have a superior Snapdragon 845 SoC, but a dated version of Android is not at all justifiable with the cutting-edge cryptophone. HTC even failed to push regular monthly security updates for this phone.

Well, we have a silver lining at last. The company is finally rolling out the stable Android Pie (yes, not Android 10) update for the Exodus 1. The OTA (software version 2.37.709.3) comes as a whopping 1.2 GB package and brings Bitcoin full node support for the integrated Zion vault. The complete changelog is as follows (translated from Chinese):

As you can see, the update also bundles the October security patch for the phone. Wireless casting might be broken in this build, and the company is aware of that.

The update went live in Taiwan around two weeks ago, but the broadscale rollout has been started recently. We hope global variant of HTC Exodus will soon pick up the Pie update as well. Have you received the OTA on your HTC Exodus? Comment below. 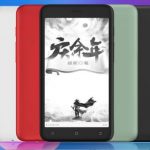 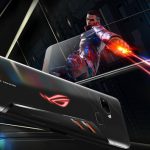