Several Xiaomi Mi TVs have been picking up their updates to Android Pie TV over the recent past. The Chinese OEM is also expected to update several of these Mi TVs to the latest Android 10 TV, but the wait could take months.

The likes of Mi TV 4A, Mi TV 4A Pro, and another bunch of the company’s 4K Mi TVs have already been upgraded to Android Pie TV. The update also included support for Netflix, Amazon Prime as well as in-built Chromecast as some of the major highlights.

Xiaomi also went further and threw in a Vivid Picture Engine, Google Data Saver along with optimization for Wireless Connectivity and a newer October Security Patch.

But from the turn of events, it seems the in-built Chromecast feature is somehow broken on some Mi TV sets. So far, we’ve bumped into several affected owners of the Mi TV 4 Pro, Mi TV 4A, and Mi TV 4A Pro, posing these units as probably the most affected.

#pie update has ruined the mi tv 4a 43″ , play store is very slow in downloading and updating, miracast app is removed, Chromecast is freezing after connecting, please allow reverse update to patchwall or correct above errors.
Source

I have updated my MI TV 4A 43 inch to android pie. But after update the Chromecast is not working @MiTVIndia help me regarding this issue.
Source

More reports are also showing up in the Mi forums and Google community forums with similar cases, but since some haven’t mentioned their TV models, it’s hard to tell whether we are still dealing with the above cases.

The Mi TV 4A Pro recently received a new Pie-based update with a newer November patch. Given that these issues are just showing up after this update, it’s also likely to be the culprit. But it’s just a hunch.

We will be keeping an eye on this story and let you know if and when Xiaomi acknowledges the issue and hopefully fixes it. Meanwhile, stay tuned to PiunikaWeb for more interesting stories. 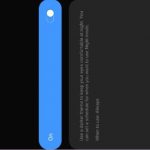 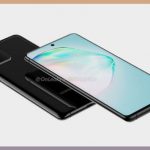