checkra1n 0.9.7 up for grabs, Linux release may take time due to licensing issues

Jailbreaking is a household word for iOS users who forayed into customisation by surpassing the company restrictions. However with each OTA update, they find it difficult to reinstate the elated privileges because chances are high for their preferred tool to go unusable.

Released in November, checkra1n solved this concern to a great extent as it takes advantage of checkm8 bootrom exploit. You might have read our coverage on its previous beta version, which made Apple TV support possible.

Today, checkra1n 0.9.7 for macOS has gone live with a few features and bug fixes. But yeah, the promised Linux release is still in the pipeline with no ETA available. Have a look at the changelog of the latest version below.

Bug fixes
*Fixes an issue which prevented the GUI from detecting changes in device modes
*Solves an issue that caused the GUI to hang when jailbreaking some iPad models
Other changes
*Add inital Apple TV 4K support
*Purge OTA updates on boot
*Add support for iOS 13.3
*Remove libimobiledevice as a dependency
*Properly handle situations where there’s no internet connection available while bootstrapping tvOS
*Add a Control Center shortcut for the tvOS loader app
*If you are experiencing the -20, please rejailbreak with the no-substrate mode option checked in the app, and see if removing tweaks resolves your issue.
Known issues
*The Apple TV 4K will produce a -20 error, even on a successful jailbreak
Unsupported devices
Support for the following devices is experimental, and may require more attempts than usual:
*iPad Mini 2
*iPhone 5s
*iPad Mini 3
*iPad Air
Reliability on these devices will be improved in future releases.
(Source)

Interestingly, we have got an information that points to the possible delay in the Linux release. On the release post on Reddit, a user has commented an image, containing the message from a checkra1n developer. Check it out yourself

Reportedly, they are having licensing issues and the build would have been gone live if it wasn’t for that. We hope the obstacles will disappear soon. So, don’t forget to stay tuned to our site to know when the Linux version comes out. 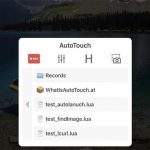 Record, playback, and simulate taps / touches on iOS 13 with this jailbreak tweak