NVIDIA Shield TV units have had a bunch of issues popping up lately. The company recently acknowledged the BBC iPlayer bug that was affecting multiple Shield owners and not long after another bug where NVIDIA Games and Steam started misbehaving or disappearing.

When NVIDIA took down a bunch of games from GeForce NOW, Shield owners weren’t impressed. There have also been cases of NVIDIA Shield 2019 units reportedly experiencing HDMI-CEC issues as well as remote IR battery draining issues.

Last week, the 2015 and 2017 Shield TV models picked up their second Shield Experience 8.0.1 hotfix that came to take care of Disney+ installation bug, Kodi audio passthrough issue, and other problems.

In a fresh development, multiple Shield TV owners now say the Netflix app is acting up on their units despite working fine on other devices. Heck, not even casting Netflix to the Shield TV via Chromecast works, which is frustrating many out there.

Is @NetflixANZ down? Getting “not immediately available” error for all shows on my @NVIDIASHIELD 2017.
Source

Starting two nights ago Netflix no longer streams to the Nvidia Shield. I can open the app, it will autoplay when I’m highlighting something, but when I select a title to start playing that way I got the message ” this title is not available to watch instantly. Please try another title. tvq-pb-103(2.10.0)”
Source

I keep getting ‘This title is not available to watch instantly. Please try another title’ error code: tvq-pb-103 (2.10.0). I’m using the app on an nvidia shield. I’ve switched off the machine, unplugged it, restarted my router, cleared the cache on the app etc.
Source

According to NVIDIA, those experiencing issues with Netflix on NVIDIA Shield TV units need to upgrade to the newer Shield Experience 8.0.1 or newer and everything should be fine.

And indeed, a bunch of affected Netflix subscribers on NVIDIA Shield units who have downloaded and installed the update to Shield Experience 8.0.1+ say the issue is now gone.

Interestingly, though, someone says even after updating to the newer Experience 8.0.1, the Netflix issue on Shield TV units is still there.

I tried everything from rebooting the shield, logging back in, updating to the latest version, still not working. PC and phone works fine, shield doesnt, not even by trying to chromecast.
Source

Maybe logging out and in again after installing the latest updates should take care of the Netflix bug, so be sure to give it a try. Meanwhile, there are more NVIDIA stories here that you can check out. 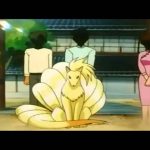 Pokemon Sword and Shield : How to teach Flamethrower move to Ninetales at Level 10 & Vulpix location 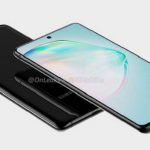