It had been long overdue for NVIDIA to refresh its line of Shield TV set-top boxes with a substantial upgrade and indeed, the company didn’t disappoint with the launch of the NVIDIA Shield TV 2019.

Like before, you get two versions of the Shield TV 2019 – a standard model that has been christened Tube and a Pro model. Both boxes have new and more powerful chipsets coupled with a design overhaul not just for the Shields themselves, but also the remote control.

But you’ll have to shell out about three times the amount you’d pay for an entry-level 4K HDR streaming box just so as to get your hands on the Nvidia Shield (2019). For those who own the older 2017 or even 2015 models and don’t feel like upgrading, NVIDIA still has you guys in mind.

The company has been sending out regular software updates to the legacy NVIDIA Shield TVs to improve their usability and keep them performing at optimum levels.

As I write this, one such update is rolling out to both the 2015 and 2017 Shield TV models as the second 8.0.1+ hotfix. The set-top boxes picked up the first hotfix about a month ago to address the HD audio dropout issue, but the update also introduced a couple of new bugs.

Apparently, the same Disney+ installation issue that was affecting the 2019 Shield TVs and subsequently fixed in the second hotfix that went out a couple or so weeks ago has also been affecting those on the 2017 and 2015 Shield TVs.

Well, the incoming hotfix is here to address this issue, although someone says they still can’t install Disney+ app on their Shield TV even after installing the latest update.

The second 8.0.1+ hotfix, which is arriving as version 32.5.205.81, also takes care of the audio passthrough issue in Kodi, but you’ll need the latest Kodi version 18.6 available here.

Below is the full changelog as provided by NVIDIA:

It’s worth noting that hotfix updates are not meant for everyone, but only those who have subscribed to receive them. Technically, this is a beta version that is being tested before NVIDIA releases the software to all Shield TVs from 2015 and 2017 at a later time.

NOTE: For more NVIDIA-related coverage, check out this section. 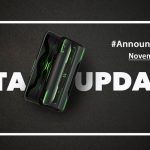 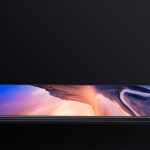