Gone are the days we waited for the television premiere of movies and serials. But now, with the help of the internet, you can watch literally anything at any time. Increase in the connection speed accelerated the popularity of streaming services.

Today, smart TVs help you access online content on a wide screen. And, there are special apps (for Netflix, Hulu, Hotstar, etc.) available too. What if you own an ordinary television set? That’s when the significance of Fire stick and Shield TV emerges.

Shield TV, manufactured by NVIDIA first hit the market in May 2015. They initially marketed it as a micro console that can play or stream games. With the intrusion of other Android TV devices, Shield TV gained momentum as a means to stream web content.

NVIDIA updated the product lineup in 2017 and 2019. The two models that went live last month pack in Tegra X1+ chipset and run Android 9.0 Pie. And, it has built-in support for Dolby Digital conversion, something the earlier generations lacked.

Yesterday, we have reported the arrival of an invite-only hotfix for the newest Shield TV. It solves the issues pertaining to the Match Content Color Space. Now, we have hooked our eyes on another update, but for the 2015 and 2017 models. You can read the changelog below.

Yeah, this one is also going out on invite-only basis. You need to fill this form with the serial number (go to Settings -> Devices Preferences -> About -> Status for finding it) of your device to get the update.

The HotFix process is like a beta program. The members get the features first before those running the regular build. Apparently, it comes with some caveats. So, you need to know them before you fill the Google form. 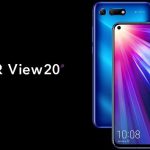 One Piece Chapter 962 Theory: How Orochi became a Traitor