Nokia is better placed than most when it comes to rolling out Android security patches as soon as they drop. This is because, unlike other phone makers that skin up their version of Android, most Nokia phones are part of the Android One project.

This means that updates are handled by Google and the software is not tweaked much. For this reason, Nokia was ranked highest for software updates and security, putting the Finnish phone maker ahead of other smartphone brands according to a study from Counterpoint.

This trend of frequent and timely updates applies to Nokia devices across the portfolio. This means all Nokia phones, from the flagships to the entry-level devices do receive constant updates. Sticking with this, the OEM is rolling out the November security patch update to the Nokia 3.2.

Admittedly, it is early December and more and more phone makers are already pushing out the December patch. Better late than never? We certainly think so.

The OTA is going out to both the global and European edition of Nokia 3.2 (at least you don’t need to beg for the updates anymore).This bumps up the software version running on these devices to 1.41C and weighs in at a rather sizeable 1.2 GB.

We still have not been able to get a hold of the update’s changelog but if previous monthly security patch updates from Nokia is anything to go by, the changelog is the generic one we have seen before. This means that the update bumps up the security patch level as well as improves system stability.

NOTE: We shall keep following and updating you on this and more Nokia stories. To keep up with that, check out our dedicated Nokia section for these and much more. 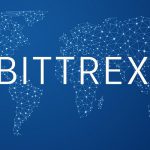 [Dec 05: Scheduled maintenance] Bittrex International to shut down operations in 31 countries by month-end, suggests users to withdraw deposits in time