We all are aware of the importance of the latest security patches. It is highly recommended to keep your Android device(s) updated to the latest available security patchset in order to avoid serious security issues.

However, carriers are often the primary delaying factor. For example, Verizon has pushed in new security updates for the Samsung Galaxy A50 and LG Stylo 5. Although we are in December, the former is getting the November patches. LG Stylo 5 is another step behind.

Let us take a look at the updates received on both the devices, one by one in detail.

Galaxy A50 was launched back in March 2019, and it is being served with the November patchset. In fact, this update is a bit late as we have reported that the unlocked Galaxy A50 has already received the latest December patches in some regions.

The new update arrives with the version number ASK1. The OTA also brings some improvements in the Fingerprint recognition system. FYI, the unlocked variant grabbed a similar update back in mid-November.

Below is the official changelog along with the screenshot of the update tracker:

What’s changing:
This software update improves the fingerprint recognition performance and gives you the most up to date Android security patch on your device.

Keep in mind the update is hitting the device via OTA in batches. However, you can go ahead and check for the update manually by going to Settings > About Device > Software updates.

Besides the dated October patchset, the latest update also brings along live stickers for the Camera and Gallery app. It arrives with the version number Q720VS10c. Below is the official changelog along with the screenshot of the update prompt:

Live Stickers
Add stickers to your photos in Camera and Gallery. The selection of stickers change based on the time, location and event. As always, this update is also being pushed via OTA in batches. But, you can manually check for the update by going to Settings>>About Phone>>Software updates>>Check for Update>>Download Now.

Note: You can check out our dedicated Samsung and LG sections for reading such more similar stories. 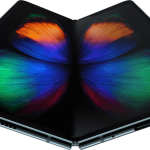