Nowadays, smartwatches and wearables are occupying a major segment in our digital life. Makers of these little gizmos are constantly providing new updates to them to enhance their appeals. Well, we have two such candidates today.

Honor Band 4 is receiving an interesting software update. The OTA is not like the previous one that rolled out to the said device a couple of weeks ago.

Unlike bringing new features like watch faces, this one fixes several bugs and optimizes the general system-wide performance of the smart wearable from the giant Chinese OEM. 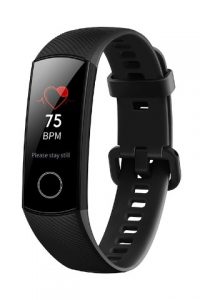 The new update weighs in at a rather modest 3.09 MB. It bumps up the software version running on this fitness tracker to version 1.0.10.60, up from 1.0.10.58. As mentioned, this update increases system stability according to the changelog.

Before being succeeded by the Honor Band 5, Honor Band 4 was the most advanced fitness tracker from Honor. Highlights of the smart fitness tracker include a bright and cheery color OLED screen, good battery life and a rather lithe design.

Despite already being a generation older, seeing as we now have the fifth-gen Honor Band, Huawei is still committed to this, now aging, device.

Announced back in October 2018, the Huawei Watch GT is a rather solid rugged smartwatch from the company. It sports a stainless steel case and ceramic bezel that is wrapped in a carbon coating, making it resistant to scratches even in extreme environments. Also, despite there being its successor in the market, the Huawei Watch GT 2, Huawei is still rather committed to pushing out updates to the Watch GT.

The original Watch GT has been well updated in the past. We recently saw the a bugfix OTA update and another in late October that brought major improvements. Huawei is rolling out another update for the watch. Well, two updates. Users of the Huawei Watch GT have reported two different updates both dated November 2019. These updates bring a bunch of new features to the Watch GT.

These include, among other things, new fonts, and system optimizations. This is for the new watch update in the UK with version number 1.0.11.6A.

The other update to the Huawei Watch GT carries software version number 1.0.11.8. This update introduces a bunch of new features to the Watch GT that aim to improve privacy security. One nifty one blocks notifications when you are not wearing the device.

This means your watch isn’t lying somewhere, displaying your private notifications to everyone around.

These are OTA updates and as such, are being rolled out in phases. If you haven’t yet received the notification for the availability of the update, keep checking and soon it will drop for you too.

We would also like to know your feedback on the update so if you are a Huawei Watch GT or an Honor Band 4 user, tell us what you think about this update.

Next article Wish you could jailbreak using only the browser? Google Chrome based checkm8 wrapper is in work