We are living in a generation where phones have become and evolved as smartphones. We basically use our smartphone for all the things in our day to day life. Be it watching content, entertainment, gaming or even work, we have made the smartphones an integral part of our life.

Such is the effect of technology that we cannot spend a single day without the use of our smartphones. Keeping up with this pace, watches which previously people wore as an accessory, has also become smart. We now have smartwatches that give us more information compared to the traditional ones.

Like smartphones, these smartwatches, apart from showing time, can be used to track our health activities, check our heart rate, blood pressure, and whatnot. Since this age demands more effort and continuous work, the smartwatch has become a great companion for people and it has quite a large user base.

According to IDC’s Worldwide Quarterly Wearable Device Tracker data, shipments of wrist-worn gadgets that includes smartwatches, smart bands, etc have reached 34.2 million units in Q2 2019. This is up by 28.8% YoY compared to Q2 2018.

Moreover, companies like Xiaomi, Huawei, Samsung, and Apple have collectively pushed new gadgets in the smartwatch segment, raising their combined market share to 65.7% globally. This positivity is shown in the total combined wrist-worn wearables, as the total shipment will reach about 152.7 million units by the end of 2019.

Whenever, smartwatch word comes out, some of the names that pop-up in our minds are of companies like Samsung, Apple, or Huawei. Yes, there are others but, these manufacturers have some great smartwatches in their portfolio.

This boost is quite amazing for smartwatch manufacturing companies like Huawei and Samsung. And adding to it, Huawei has rolled out a new update for its Huawei Watch GT which brings in the version number v1.0.9.12(C03)and is expected to fix some bugs. However, due to the lack of official changelog and screenshot, there is no information about the update. However, according to one of the users, the update has added support for Portuguese (Brazil). Note that the update is rolled out via OTA and would take some time to reach to your device. Previously, we have covered that when the August update arrived for the Huawei Watch GT, there was still no Bluetooth fix, which seems the case with this new update as well.

We will have to wait and watch for more information regarding this update as what all other improvements this new update brings in for the Huawei Watch GT. Sprint has brought on board the Samsung Galaxy Watch Active2 with standalone LTE feature which is reportedly also coming for the original Galaxy Watch soon. Details here. 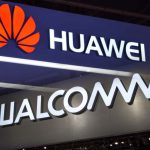