Google Stadia finally arrived this month after a long wait and for the most part, it looks like Google underdelivered on something it overpromised.

Besides the delays in shipment and codes, the inaugural Google Stadia left behind some key features that were hyped ahead of launch, among them running games at 4K60 quality, integration with Google Assistant and seamless streaming to YouTube.

As if inclined to keep Stadia to itself, Google has also limited the number of smartphones that can be used to play Stadia games at launch. So far, the official list has all Pixel phones apart from the OG models from 2016.

This compatibility limitation, however, hasn’t stopped owners of non-Google Pixel phones from trying out their luck of playing Stadia games.

Matter of fact, we already reported about the unofficial Stadia support on non-Pixel phones, where one only needs to manually enable Chrome desktop mode on their Android device and boom, they’ll be able to access and play Stadia. But of course, you’ll still need a supported controller.

XDA Developers also published another guide that can be used to bring Stadia to any Android phone running Marshmallow and above. However, this process will require a rooted phone, something not everyone is willing to do to their phones.

If you feel like rooting your phone or even finding the option to enable desktop mode in Google Chrome for Android is an uphill task, rejoice because with this Chromium APK, you can finally get going with Stadia games on any Android device in the most hassle-free manner you can think off now.

I was experimenting with running Stadia on unsupported devices and got it working on my Oculus Quest. I have a custom Chromium APK at GitHub if you don’t want to go through all the Chrome DevTool hacks mentioned in that post. The latency is noticeable, but not critically bad and I was able to play Destiny without any issues.
Source

Omg this is amazing! Paired my Bluetooth Xbox pad to the Quest, sideloaded Chromium and away we went!
Source

Apparently, someone also managed to bring Stadia games to their Daydream with the help of a Google Pixel 3 XL handset, but you’ll have to go jump through a few hoops in order to get going.

I just got Stadia running in chrome VR on my daydream (using a pixel 3 XL). As some parts are blocked in the normal setup of chrome, you’ll have to kind of mod the website.

You’ll need Chrome+Dev tools to mod the website, details of which can be found in this thread. 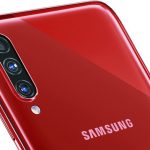