Apart from their standout punch-hole display design, Motorola One Action and One Vision also happen to be the only Android One and Motorola devices powered by Samsung Exynos 9609 chipset.

Now, this isn’t to say the Exynos 9609 SoC is the bootloop culprit here, but its no coincidence that the Moto One Action is now experiencing an issue that has been affecting the Moto One Vision for a while now.

It seems the Lenovo-owned company is paying the ultimate prize of dealing with the brand new platform now that there are fresh reports about the same bootloop issue on the Moto One Action. This issue, like the One Vision, springs into life after turning on Developer options from Settings.

A forum manager responded to the above concern with the following statement:

We did have this on motorola one vision. I think the issue required:

1. Phone needs to have some kinds of security lock: PIN or both PIN and fingerprints.
2. Phone Developer mode, Default USB connection mode needs to change to file tranfers.
That has been fixed on the vision, so let me talk to the team to make sure it’s cared for here too.

If you are experiencing bootloops on your Moto One Action, do try the above tips as you wait for the official fix.

Speaking of, Motorola may also be required to fix another issue on the Moto One Action where the device rejects OTA updates if the bootloader is unlocked. This shouldn’t happen as long as the files weren’t tampered with, but it’s happening, for some reason.

So Moto One Action keeps on surprising every now and then. The latest addition to it is the System Integrity is Compromised message. This is how I end up doing so:

1. Unlocked the device’s bootloader.
2. Rooted the device successfully using Magisk patched boot image and Moto One Vision’s vbmeta file.
3. Then I had to unroot my device (for some reason), so flashed the stock firmware using Moto Smart Assistant Tool. But kept the device’s bootloader in an unlocked state.
4. Now I have a stock ROM on my device, unrooted without any modification to the /system partition. The only modification is the unlocked bootloader.

Then I went to System > Advanced > System Updates and then got greeted with the message that I am no longer eligible for software updates.
Source

Apparently, Motorola is citing a violation of the system integrity as the reason the device won’t receive official software updates, but as the affected person notes, they didn’t change anything to the software so OTA updates should still come in without any hiccups.

Stepping aside from these issues, the Moto One Action is also receiving the latest November security patch in India. The update is arriving as version PSBS29.39-23-7 and no, it doesn’t include Android 10 OS.

The Moto One Action November update is rolling out over the air, so be patient as OTA updates can take several days before all units pick up the new software. 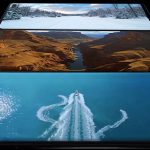 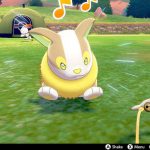 Pokemon Sword and Shield : Where and how to get more toys for camping in the game