In the past couple of years, Samsung represented a lot of things that were wrong with Android. Well, they got the internals right. However, the software experience was less than elegant. Samsung’s skin, then called TouchWiz, was loaded with every single feature out there.

The worst bit was that the cluttered software rarely got updated, the device’s capable internals notwithstanding. But that has since changed. At least for the most part. Samsung’s One UI is a lot more refined and polished. Samsung also does deliver updates in a timely fashion.

Take the Galaxy Note 8 for instance. The ‘super-phone’ from the Korean phone maker was launched in August 2017 and still remains one of the most capable phones we have today. Well over two years after its launch, the Note 8 continues to receive regular updates from Samsung.

The update (DSK1) which is being rolled out to the carrier unlocked Galaxy Note 8 (SM-N950U1) bumps up the Android security patch level to November 2019 and introduced a new bootloader (v7). We still have no word about the exact changelog and whether this update packs with it any additional features for the Note 8.

Also receiving the November Android patch update is the Galaxy S8 Active. The device was released back in August 2017 with Android 7 Nougat. As at now, the device currently runs on Android 9 Pie.

Dubbed as the ruggedized counterpart of the regular Galaxy S8, the phone is one of the few ‘Active’ branded handsets from Samsung. And looks like T-Mobile has decided to deliver a new bootloader (v6) as well November patch for this phone.

This update comes with the CSK1 build number and is dated November 26. The changelog is generic for the monthly security updates we have seen in the past so it aims to improve system security and stability.

The Sprint variant of the Galaxy S8 Active is also getting the November Android security update. The build number is, however, little bit different (CSK3) from the T-Mobile OTA.

If your device meets the update requirements, this update will be available to you to download. If the update does not immediately appear available for your device, give it a few days as this is a staggered roll out and some users will get it before others.

To manually check if the update is available for your device, go to Settings > About phone > Software version

We have a dedicated section for stories like this and many other Samsung-related posts. To check it out, visit our Samsung Section. 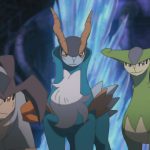 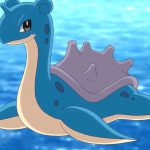