Sending out new updates to older devices, is the one area where Samsung has some, if not huge, but a slightly good improvement. In case you own a Galaxy Note 8 unit then, this news may excite you.

As of today, Samsung has officially rolled out the September security update for Note 8. Going by reports, it’s at least available for device users in India. This patch weighs around 736.90MB and carries version number NP50FXXS7DSHC / N950FOXM7DSG1 / N950FXXS7DSHA.

Below is the official changelog for the Galaxy Note 8 update:

What’s new
• The security of your device has been improved.

Well, Galaxy Note 8 is still not forgotten by the company. And with this update, Samsung has shown that they are looking after older devices as well. Moving on, rolling out to Samsung devices is another update that adds the Spotify music streaming service to the stock Samsung Galaxy Music app.

We all know the popularity of the Spotify music streaming services around the globe and with this new update, Samsung has brought it straight to the default music player which is quite amazing.

Please note that the Spotify tab was added to the Samsung’s default music player previously for other regions and this update adds the feature at least for the Indian variants.

The update does not bring any aesthetic changes to the Samsung Music Player but adds the capability of streaming the Spotify music services directly from within the application which can be accessed from the Spotify tab on the home screen of the music player.

It goes without saying the September patch for the Galaxy Note 8 (with quite a big size for just a monthly security update) has been rolled out via OTA and you can manually check for it by heading to Settings>> Software Update>> Download and Install. 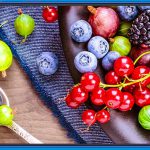 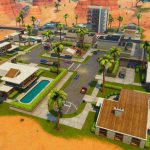