Good news if you are the users of Xperia 10/10 Plus or the Xperia L3, as Sony has pushed in freshly baked updates for the mentioned devices.

Notably, the update for the three devices has been pushed globally, however, it will take some time in hitting all the regions. Since it the latest security update, it is advised to update your device with the latest patchset.

Let us take a look at the updates received on each of the devices one by one:

Both Xperia 10/10 Plus smartphones were launched in February 2019 and come in with some decent mid-range specs. Talking about the standard Xperia 10, it features a Snapdragon 630 processor, 3/4 GB of RAM, a mediocre 2,870 mAh battery, 6-inch display, 13MP dual camera setup at the back.

Now coming to the bigger version Xperia 10 Plus, it packs in Snapdragon 636 chipset, 4/6 GB of RAM, a 3,000 mAh battery, 6.5-inch display along with side-mounted fingerprint scanner, 12 MP dual camera.

Talking about the update, it arrives with the version number 53.0.A.14.28 for both the Xperia 10/10 Plus. The update is expected to be just an incremental update but the security patch level is kinda uncertain.

Below is the update screenshot we were able to grab via the XperiFirm tool:

Another Xperia device, i.e. Xperia L3 is getting served with the latest security patchset. Taking a look at the build.prop, the update does pack the November 1, 2019 security patch.

It carries version number 54.0.A.6.35. We were also able to grab the update screenshot via the XperiFirm tool for the Xperia L3 smartphone: As evident from the above screenshot, the update at the time of writing this post is currently available for users in Greece, Poland, Russia, Ukraine, etc.

However, it is expected to hit other regions soon. Notably, it is being pushed via OTA in batches. But, you can always head to Settings > About phone/tablet > Software update for manual checking.

Let us know in the comments below if you have received the latest update for Xperia L3 or Xperia 10/10 Plus device. 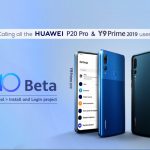 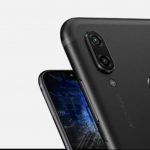