Huawei has brought in some great smartphones this year. Though it is still in a legal battle over trade ban with the US government, the company did not shy away from bringing in an innovative product like the Huawei Mate X (company’s first foldable 5G device).

Moreover, recently they also unveiled the Huawei Mate 30 series. For a reminder, Mate series devices are known for their exceptional camera performance.

Besides, the company is busy with the rollout of EMUI 10 and Magic UI 3.0 based on Android 10 for its Huawei and Honor devices, respectively.

Notably, the company released a revised timeline that depicts when the Huawei or Honor devices will be served with Android 10 with their respective (EMUI or Magic UI) skin on top.

However, in a recent development, according to Android Enterprise listing, a new smartphone from Huawei, the Huawei 5T Pro will soon be added to the brand’s portfolio.

In fact, it should probably be a re-branded Honor 20 Pro, which was released in July 2019. And by the looks of it, the device does look similar to the Honor 20 Pro. You can check out the images below for yourself: Moreover, going by Android Enterprise listing, the Huawei Nova 5T pro is expected to come with a 5.5-inch display with 8 GB of RAM. The device will offer two storage option i.e. 128/256 GB of onboard storage.

Other features of the device include a fingerprint scanner and NFC support. But it shows that Huawei Nova 5T pro will come with pre-installed Android 9 Pie.

Matter of fact, the regular Huawei Nova 5T has already been updated to Android 10 in Europe. And if it is a rebranded Honor 20 Pro, then going by the Android 10 timeline, the official version of Magic UI is on its way soon for the device.

Besides, back in June 27, according to a report by XDA developers, Honor 20 Pro/Nova 5T Pro was added to the list of Google Play Certified devices.

All this confirms that Huawei Nova 5T Pro is on the cards and will soon arrive at the smartphone market. Though we cannot confirm any release dates as of now. We will keep you in the loop once we have more information in this regard. 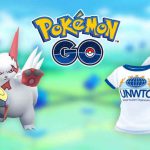