Every iteration of mobile platforms (be it Android or iOS) comes with brand-new features. For the same reason, users find it hard to wait for long. As you know, Android 10, the latest version of the most popular operating system in the world, has gone live two months ago.

Manufacturers are still working to bring the latest version to their models. In case you are not aware, Google Pixels, Essential PH-1 and a few others already got the overhaul. Although OnePlus released the OTA, they had to pause the delivery to OnePlus 6/6T.

Before a month, Android 10 for OnePlus 7/7 Pro also went through the same stages. But, the company was quick enough to re-release it at once. So yes, OxygenOS 10 on OnePlus 6 series is buggy. Here comes another issue to the list.

I updated my 6T to Android 10, 2 days ago….Since then whenever I tried to change my ringtone since it was set to default, it didn’t change and it always had a beep sound to every ringtone I chose….
Tried changing ringtone with external audio files but to no effect.
Need to be sorted…
Please Help!!
(Source)

Hi recently I moved to Android 10 on my OnePlus 6 but whenever I get calls it not ringing it just beeping and also no may ringtone is properly ringing please solve this because I didn’t get phone call alert.
(Source)

My OnePlus 6T, running on OxygenOS 10 Open Beta suffered from this issue a couple of days ago (constantly changing the ringtone eliminated the issue). Yeah, beta builds are not alien to bugs. But, what about the people who confront this trouble with Android 10 public version on OnePlus 7 Pro?

OnePlus 7 series’s Android 10 build went through a second investigation to eliminate the problems. So, it shouldn’t have shown such a glitch. Nevertheless, we hope we will not have any issues with the ringtone on OnePlus 6/6T when its OTA makes a second entry.

Note:- Don’t forget to check out our OnePlus section for similar stories. 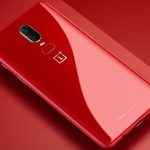 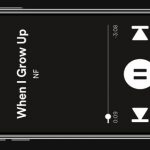