Team Go Rocket will be getting more proactive as they are planning to take over more Pokestops & capture more Pokemon. This information was revealed from the intercepted Team Go Rocket message.

There will be an increased amount of Team Go Rocket activity on November 24, 2019, from 11 am to 1 pm in your local time zone. Team Go Rocket Grunts will be taking over every Pokestop for the above-mentioned duration. If you don’t know the best counters for Giovanni, you can head here. Apart from Team Go Rocket disruption, Pokemon Go Supereffective week is currently live in the game. The event started on November 19 and will stay live until November 26, 2019, at 1 pm PST. Pokemon Supereffective week also features many bonuses for players which includes the following : Use a super-effective Charged Attack in a Gym Battle – Tentacool 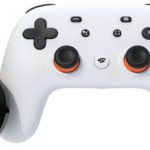