Samsung is in full swing with the rollout of the One UI 2.0 beta update based on Android 10 for its compatible devices. Moreover, the OEM does not want to leave any stones unturned and has pushed not one or two but, till now a total of 5 One UI 2.0 beta updates for its Galaxy S10 (includes S10+, S10, S10e).

November began with a major beta release in the US. And if you thought that it was the last beta update of One UI 2.0 for Galaxy S10, then you are wrong as the OEM has pushed in the yet another One UI 2.0 beta update in the US for the carrier-locked as well as unlocked models.

Earlier we have reported that the Exynos variant of the Galaxy S10 has received it’s fifth and probably the final beta One UI 2.0 update before the stable update hits the devices.

It bumps the version number from ZSK9 to ZSKF and weighs in about 278.51 MB for the carrier-locked (SM-G97xU) variants. Below is the official changelog and the screenshot of the update prompt:

– Bugs that have been fixed
– Black screen appears when device is unlocked using fingerprint
– ‘Call/text on other devices’ after the update, notifications are constantly synchronized
– The date is not shown in AOD Photo Mode – AOD animation frames drop
– Camera zoom and camera mode icons overlap
– photos taken with a Camera are not displayed in the Gallery
– Status bar disappears while using the Internet app
– Device widget display error
– Music quality is significantly worse after the update

However, keep in mind that the update is arriving for all the Galaxy S10 models i.e. S10, S10+, and S10e. Besides, the update will hit your device via OTA in batches.

But, if you wish to manually sideload the update file on your device then, you can head over to the below section to download the package file:

(Note that we currently have the download link for the Galaxy S10+ carrier-locked model. Package file for S10 and S10e will be added soon)

Notably, in a recent development, the carrier unlocked variants of the Galaxy S10 are also receiving the ZSKF build which is based on Android 10.

The update shares the same changelog as carrier-locked Galaxy S10 though it weighs in around 272.62 MB in size which is slightly heavier than the one for carrier-locked variants. Below is the screenshot of the update prompt. 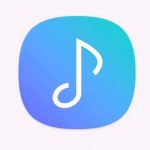