LineageOS 16.0 arrived early this year, tagging along all the goodness of Android 9 Pie and some of its in-house tweaks that have trapped many into the AOSP-based custom ROM’s net.

It’s worth noting that maintainers of LineageOS ROMs are not full-time employees, rather, these are just regular guys doing this in their own free time as a hobby. Granted, you can never tell if and when a certain device will be supported.

While it’s usually easier to come across ROMs for older devices that are no longer receiving Android OS upgrades from their respective vendors, more contributions have been popping up recently aimed at some of the latest smartphones.

Usually, newer devices you are likely to come across with LineageOS support are from Xiaomi and OnePlus, but lately, developers have been showing some love to select Samsung devices as well.

The developer notes that just about everything works fine, including Wi-Fi/hotspot, audio, graphics, USB tethering, video playback, fingerprint sensor, RIL for mobile data, calls, and SMS, sensors, Bluetooth, GPS, all cameras, double-tap to wake, and PowerShare, among others.

Below is what’s not working:

The respective LineageOS 16.0 ROMs for each of the three Note 10 handsets alongside the guide to install them can be found here. The developer, however, warns that the standard Note 10 firmware hasn’t been tested, although it should work fine.

Apparently, the fingerprint sensor works fine but you will have to locate it yourself above the navbar, but the developer has promised to add an icon to indicate its position soon.

Furthermore, the developer has pledged to bring an Android 10 based version of the ROM, presumably LineageOS 17.0, for the Galaxy Note 10 trio really soon. Again, this is a hobby meaning we can’t tell what “coming really soon” actually means in this case, so we wait. 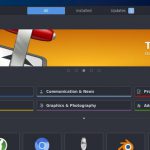