Motorola is showing some improvements in terms of pushing security updates. Recently, quite a few Moto devices have been served with October security patches.

Not only this, the company seems a bit occupied with the launch of its iconic Moto RAZR phone that we will get to see in in India pretty soon.

Back to the update talks, the November security update has been out for quite a while now. But then as expected, unlocked devices often get these updates first. The same case is unfolding here.

While more and more phone makers are rolling out the November security patch, Verizon is now rolling out the October update for a couple of Motorola phones – namely Moto Z4 and Moto G6 Play.

The Moto Z4 sports a semi-giant battery and under display fingerprint reader. Perhaps the most impressive feature on the Moto Z4 is the support for Moto Mod accessories.

This is second update delivered by Verizon for the phone, after the August patch. The changelog is as follows:

The update brings the Android Security Patch Level to October 1, 2019, You will notice it by the software version PDF29.105-74. FYI, Moto Z4 might get Android 10 update very soon.

Also getting updated today is the Moto G6 Play. The ‘Play’ variant is the most basic model in the G6 range but still has plenty going for it, including a long-lasting battery and a decent screen. If you’re on a tight budget it’s easy to recommend this one.

The moto G6 play’s changelog for the October update is much simpler. The update bundles security patch level to October 2019, similar to Moto Z4. It carries Software Version PDP29.118-67.

Other than the Android security patch, it includes changes to improve efficiency for Android Launcher battery consumption. The full changelog can be found below:

As usual, the update is being pushed via OTA in batches and will take some time in hitting all the devices. But, you can check for the updates manually by heading to System>>Software Updates>>Download updates manually. 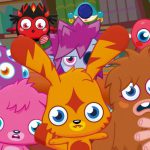 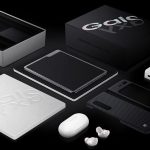