Android has revolutionised the phone industry by introducing a user-friendly interface and increasing the level of customisation. Launched in 2008 on a commercial device, it has gone past iOS and even Windows to be the most popular operating system in the world.

Despite having Android under their umbrella, Google didn’t bother manufacturing an entirely in-house smartphone until 2016. They used to collaborate with OEMs to develop Nexus devices in the past. Finally in 2016, the Mountain View tech giant released the first generation Pixel.

Fast forward to today, the latest in the series is Google Pixel 4. Went live last month, it carries almost all the features of a typical 2019 flagship, including Snapdragon 855 processor, POLED screen, Android 10 platform, etc.

However, the new offerings don’t seem to have satisfied the users. A few days ago, we reported the device’s lagging issue (for app loading, settings, and video recording). Adding fuel to the fire, some units with green screen and faulty OIS also popped up.

Guess what! Here comes another bug. Whenever trying to record a video on a third-party app (say for example, Instagram or Snapchat), the final file contains a continuous clicking sound. Oddly enough, the issue hasn’t affected the default camera for many (except for the Playground mode).

Clicking noise on Snapchat?
Whenever I record video on Snapchat, there’s this clicking present the whole time. It doesn’t seem to affect the overall audio, but the clicking is rather annoying. Anyone else also experiencing this?
(Source)

We could find more than half a dozen concerns from the users on Reddit. Even the official Google support forum contains a few posts on the same topic. A product expert commented under one of those that he had escalated the issue.

The company hasn’t released any fix yet. Neither did they acknowledge the issue. Given the increase in the number of user complaints, they will be forced to come up with a solution. When that happens, we will be updating this story.

Google has officially acknowledged the issue on the support forum and said the fix will rollout soon. You can read the exact statement below.

Hi all,
Thanks for all your reports! We’ve worked with Instagram to identify a fix which will be rolling out in the coming days. In the meantime, you can avoid this by recording in the main camera and then uploading to your favorite social media sites.
**Update: Thanks for your feedback on the issue persisting on other 3rd party apps such as snapchat. The team is aware and working to push out a fix in future updates.
(Source)

Note:- Don’t forget to check out our Google section for similar stories. 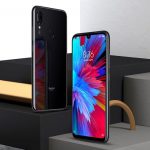 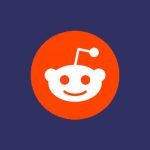