Previously, the device got a new security update back in mid-October, that brought in the October patch along with some enhancements. Though the update was meant to bring stability improvements, it allegedly carried lots of bugs with it.

Users reported issues like boot loop and bricking of the device with the installation of the update. Check out the user reports below on XDA:

However, in a recent development, Xiaomi has addressed this issue and pushed a new October OTA for the Mi A2 smartphone. It carries version number V10.0.16.0.PDIMIXM (previous one was V10.0.15.0.PDIMIXM) and weighs in about 92.3 MB in size.

Fortify your Android One phone with the October 2019 security update from Google, which improves security and fixes bugs. This update improves the stability of your device and optimizes its performance.

It is being pushed via OTA and will take some time in hitting all the devices. You can check for it by heading to Settings>>Systen>>System updates.

While for Mi A3, it was promised at October end. But, this did not happen, blame it on the bugs and issues that surfaced with the previous updates.

However, with the arrival of this new October update, users can expect the Android 10 update for the Mi A2, A2 Lite and A3 soon. We will keep you in the loop, once we have more information in this regard. 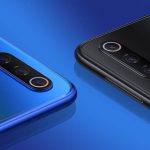 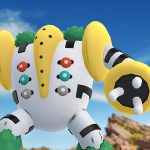