Xiaomi went back to its old tricks and gave the Android One faithful only a single model in the Mi A3 without a Lite variant akin to the 2018 release. There have been stories of a certain Mi A3 Pro in the works, but they all remain stories and nothing concrete.

The Mi A3 borrows a lot from the Mi CC9e, a device that is sold in China. Granted, many expected that Xiaomi would release the Mi CC9 as the Pro variant of the Mi A3 in the global market, but this hasn’t materialized to date.

Compared to the Mi CC9e or Mi A3 for that matter, the Mi CC9 ships with a superior hardware package that includes a bigger 1080p HDR screen and a more powerful Snapdragon 710 SoC allied to 8/256GB memory on the higher end. For what is worth, though, it seems there won’t be a Mi A3 Pro.

Xiaomi Android One team will seemingly concentrate on the Mi A3 for this year, which is probably the reason the device is already being talked up with respect to Android 10.

Last month, stories of the Mi A2 Lite Android 10 update popped up online claiming that the OS would begin rolling out a week later. By then, this meant the update was to arrive early this month, but we haven’t seen any such update arriving on the Mi A2 Lite.

In a similar occurrence, the Mi A3 Android 10 update is now being talked up. Apparently, Xiaomi support claims the new OS will begin rolling out to the device at the end of October. We only have a couple of weeks or so before this date arrives.

Coming from a member of the support team, it’s not easy to believe the statement. Company support teams are known to be less informed about the ongoings inside the core facets of the organization like the software development schedule and roadmaps.

In addition, the said Mi A3 Android 10 update will tag along an updated October 2019 security patch, which should still be the latest by the then. But once again, the Mi A2 Lite Android 10 case should be a major reason to take this Mi A3 Android 10 story with a pinch of salt.

Rest assured we will follow up and bring you updates on the same when we get them. Stay tuned to our Xiaomi and Android 10 sections so that you don’t miss out on future stories.

Ahead of the Android 10 update which is allegedly slated for the end of this month, Xiaomi Mi A3 is now receiving the October security patch on existing Android Pie firmware. Details here. 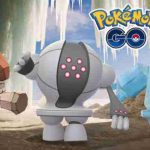 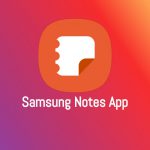