The Pixel 4 and Pixel 4 XL are the latest flagship phones from Google and successors to the Pixel 3 and Pixel 3 XL. Naturally, Google set out to significantly upgrade these two over their predecessors and make them unique enough to stand out in the crowded smartphone market.

To do this, the Google Pixel 4 duo has what is arguably one of the most controversial features in a smartphone – the Soli radar sensor.

Using the Soli radar sensor, Pixel 4 owners get a new way to interact with their phones by swiping at the space in front of the screen in what Google calls Motion Sense. This is something similar to what LG did with the flagship G8 ThinQ and the hand gestures thingy it calls Air Motion.

But unlike LG, Google’s Motion Sense is limited by your geographical location. This means that you can only use Motion Sense features to interact with your Pixel 4 if you live in any of the supported countries. So far, the list has 53 countries and more are expected to join the party.

Since the Soli chip uses millimeter-wave radar to detect motion, it can reportedly interfere with military equipment and navigation systems, hence Google needs to seek approval before it can be used in any country.

The Pixel 4 will automatically determine your country using cellular triangulation and if the feature isn’t supported, it will deactivate itself. But in an interesting twist, there is a trick you can use to bypass this geographical restriction and enable Motion Sense in any country.

Apparently, the Motion Sense restriction is based on the country code of the active phone number in the Pixel 4 and this can reportedly be bypassed with some little effort.

Also looked into Motion Sense APK. Restriction is phone number country code based, can be bypassed. Also looks like its developers left setting to disable country checks at all. TO do that, you just need to change android setting ‘pixel.oslo.allowed_override’ to ‘1’ or ‘true’. This way modified APK not needed.
Source

You can use any of the ADB commands below (executed in ADB shell) to bypass the Pixel 4 Motion Sense geographical restrictions:

If interested, someone has already come up with an Xposed module that reportedly opens the Pixel 4 Motion Sense in any region. How true this remains unknown, but looking at some of the responses in this XDA thread, it seems the trick is working.

Of course, since this involves some system-level access to your Pixel 4 core files, you might mess up things if you are not careful or rather if you are not familiar with modding and stuff. 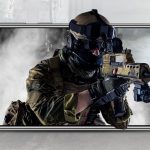