Ever since smartphone manufacturers brought in big screens on their phones, the tablet market took a hit. A 6-inch smartphone is pretty normal these days and OEMs are adding extra “Plus (+)” variants in their lineups as well.

But the point to note is that even though the screen size has gotten bigger, the smartphone dimensions are more-or-less the same due to the bezel-less design.

Moreover, the global tablet shipments in Q2 2019 saw a modest decline by 5% according to a report by IDC. Though, Samsung continued to be at the 2nd spot while the top spot was grabbed by Apple. Samsung is keeping the tablet market alive by bringing in new products every now and then. Backporting new software features is another way to keep the tablet scene busy. In fact, different U.S. carriers have pushed new security updates for the Galaxy Tab S4. Notably, the new set of updates is being pushed by Verizon, T-Mobile, and Sprint. The T-Mobile variant (SM-T837T) gets new features like CMC (Call & Message Continuity) as well as Bixby voice support along with the August security patch.

However, the Verizon (SM-T837V) and Sprint (SM-T837P) variants of Galaxy Tab S4 misses out on the CMC feature. Yet surprisingly, both of them get October security patches.

For naive, the CMC function requires the user to have a common Samsung account to be activated on both the devices for syncing calls and texts across devices.

You can check out the screenshots along with the changelog of the update below:

The update for T-Mobile carries the version number T837TUVU3BSI1 and bundles the August security patch.

Verizon variant of the Galaxy Tab S4 gets the October 2019 security patch and carries the version number T837VVVRS3BSI1.

The update carries build number T837PVPS3BSJ1 and is based on Android 9 Pie.

Notably, the European units of Galaxy Tab 4 have already received the latest November 2019 security patch (version number T830XXU4BSJ2). However, the LTE variant misses out on this OTA till date.

If you have not got the notification for a new update then, you can head to Settings > Software update > Download updates for manually checking for the updates.

Note: You can check out our dedicated Samsung section for more similar stories surrounding Samsung devices. 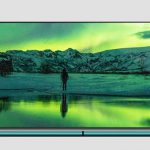 Don't like the MIUI 11 battery icon? Here's how you can revert to MIUI 10 style