Redmi Y3 & Redmi 6 Pro MIUI 11 update up for grabs, you need to wait more for Android 10 (Download links inside) Primarily used in Xiaomi devices, MIUI is undoubtedly one of the most popular custom skins in the Android ecosystem. The 11th iteration of the MIUI is being pushed and is available for quite a few Xiaomi smartphones.

Moreover, the update rollout is all according to a typical timetable which depicts when and which devices will get the MIUI 11 update. Notably, the devices do not need to be running Android 10 specifically to be eligible for the update. Users of Xiaomi are excited for MIUI 11 update as it brings in new UI design, Mi Share which is a file transfer app, Digital Wellbeing, Mi Work, ultra power saving mode and the list goes on.

As for example of the OTA rollout, Redmi Note 7/Note 7S, Mi 9 Pro 5G and the limited Meitu edition of Mi CC9 have very recently received the MIUI 11 based update in different regions. 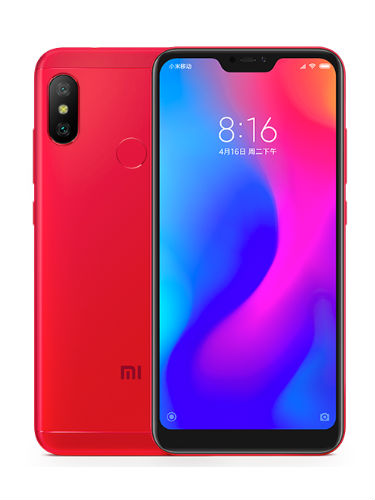 It sports a 5.8-inch IPS display and also offers 32/64 GB of onboard storage that can be expanded to 256 GB via microSD card slot.

Now, coming to the update received on Redmi 6 Pro, it carries version number V11.0.3.0.PDICNXM and weighs in about 687 MB in size. Below is the changelog of the update:

Lockscreen, status bar, Notification shade
– New: Use your fingerprint to open Home screen once you unlocked the device using face data and stayed on the Lock screen

Notably, the update is being pushed via OTA. However, you can head to below download section and download the update package file for manual sideloading:

Redmi Y3 is yet another Redmi device which is reportedly getting the latest MIUI 11 update in India via stable channel. It carries the version number V11.0.3.0.PFFINXM and weighs in around 648 MB in size.

Apart from MIUI 11 features and goodies, the update also brings in enhanced system performance and security for the device. Below is the screenshot of the update:

Download link for this update is not available yet. We will update this post, once we have the link with us. However, for the official OTA you can always head to Settings>>About Phone>>System Update>>Check for updates.

We have captured the OTA package for Redmi Y3 as well! Here you go: