CS: GO container keys are the special keys that are bought with real money to open the in-game loot boxes. These keys are available in the market, and could also be resold up until now.

But, Valve has decided that these keys will not be resold from now on. Fret not, the keys acquired earlier are intact. This change has been applied to all the new keys in the market for players to buy.

This decision came after Valve accepted that these keys were being used to launder money. The official Counter Strike website has been updated with the information and more detail as to why this decision was taken.

The blog on the website states that in the past “most key trades” were legitimate.

But the fraud network started shifting to keys to liquidate their gains and at present “nearly all key purchases that end up being traded or sold on the marketplace are believed to be fraud-sourced. As a result, we have decided that newly purchased keys will not be tradeable or marketable.”

The company also wrote that this will affect some legitimate users, but they’ve urged them to help combat fraud against all the Steam and its products.

Additionally, the company clarified that the keys will be available to be bought on the market as always and will be used to open the loot boxes but they will now “not be tradeable or marketable.”

It was high time Valve noticed this illegal money laundering using Container Keys. In the past, the company was also sued for promoting illegal gambling using skins within its marketplace. In 2016, even youtubers were seen heavily promoting their skin lottery websites. Valve’s decision came at a crucial point as the magnitude of this problem would only have increased exponentially considering the number of players the game presently has and how big the in-game economy and marketplace is. You can read the full blog on Counter Strike website here.

What do you think about the CS: GO container keys being untradeable? Remember to drop your views and comments in the comment section below! And for more news on Counter Strike: Go Offensive, route here. 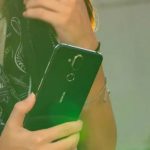 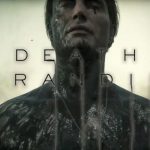