Mobile games have come a long way from Tetris (earliest known game on a phone). With the advancement of technology, developers learned to make their titles close to the real-life. And, we can find tens of thousands of such games on respective app stores.

You know games fall under different categories. In case you are into sports, soccer is something you can’t overlook. When it comes to football titles, Pro Evolution Soccer and FIFA steal the thunder because they are the most popular ones.

Konami started a three-day server maintenance on 14 October to update PES Mobile to the latest version (PES 2020). On the next day, the Japanese company released PES 2020 with a crashing bug. Although an update fixed it, they had to extend the maintenance phase.

When PES 2020 had gone playable on 18 October, it entered a pre-open period of occasional maintenances without prior notice. And, they published an official Facebook thread to comment bugs under. Those clubbed with my personal experience points to the following issues.

1. Goalkeepers can’t make lofted passes to the leftback and rightback. Whenever you try to do it, the goalkeeper kicks it straight upfield.
2. Goal kick, free kick and corner kick tutorials appear in every match (meme related to this concern).
3. On several devices the game crashes and phone gets locked (lock screen bug).

Along with this there are a few gameplay problems (bad first touch, clumsy dribbling, etc.). The initial announcement hinted the pre-open period would end on 24 October. Nonetheless, owing to stability issues, they have extended it up to 31/10/2019. We hope all issues will disappear by then.

The official announcement follows
Extension of PES 2020 Pre-Open Period
As a result of game instability following the release of the PES 2020 update, we have been forced to make some changes to the schedule and planned content of the pre-open period.
“Pre-Open” Period Schedule Changes:
Previous schedule: End of maintenance until 08:00 on 24/10/2019 (UTC). Updated schedule: End of maintenance until 08:00 on 31/10/2019 (UTC).
Online Service Start Time Changes
Due to the extension of the pre-open period, the beginning of online service for PES 2020 has also been pushed back till 08:00 on 31/10/2019 (UTC).
Details
During the pre-open period, you’ll be able to play PES 2020 using all the latest team data. Any changes you make to your squad during this time will carry over to the game once online service starts. Use the link below to go to the official website and check which teams, players and managers will be available during the pre-open period.
During the pre-open period, emergency maintenance may be conducted without prior notice at any time.
*Live Updates are planned to begin after maintenance on 24/10/2019.
See below for a list of events that will be held during the pre-open period.
Spanish League Challenge (vs COM) Open Challenge (PvP) Spanish League Stars (Box Draw)
*Certain events and campaigns that were planned to occur in the coming days have been cancelled and/or postponed. *Unannounced events may also be held.
We ask kindly for your patience and understanding at this time.

So yeah, you need to wait about a week more to see PES 2020 in its full glory. That doesn’t mean the game is unplayable. But expect a few bugs and sporadic maintenances. Hopefully, they won’t have to extend the pre-open period anymore.

Note:- Don’t forget to have a look at our gaming section for similar stories. 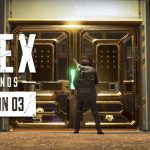