When you are so used to something, it just feels tedious to push time without the same. If you are a Pro Evolution Soccer for Mobile fan, you know it literally. The Konami-made game wasn’t playable for the last four days on both iOS and Android.

The company started a major maintenance on 14 October to update the game to PES 2020. It was supposed to last only three days. However as they indicated, it prolonged to one more day. In the middle, the latest version came out as an update with a crashing issue.

Just yesterday, Konami fixed the bug with a small overhaul. And, everybody was waiting for the game to go playable. For me, it took countless taps on the Cancel button beneath the maintenance notice you see while opening PES 2020.

Finally, I could get in by 09:30 UTC. After a few notices, and a couple of manager contracts, I was there, ooh-la-la! You will see some announcements for the first time. Let’s have a look at what are the changes PES 2020 brings with it.

New Features
– New screenshot feature added to the Squad Management screen
– Improved matchmaking functionality
– Enhanced visuals
– New music
A number of issues were fixed.
– An issue where the Condition of all players becomes “–> (right arrow)” in Local Match.
– An issue where the registered position viewable on player images in the Agent info screen is
displayed in English, regardless of what language the game is set to. This position also
occasionally differs from the one listed on the Player Details screen.

What about the known issues? On the startup, you will also get the details about the problems you may encounter while playing.

Currently confirmed issues
(UPDATE 18/10/2019) We are currently observing the following issue.
We apologise for any inconvenience this may cause.
– An issue that affects users who had the Classic command-type selected when they updated
to v4.0.1, causing the control overlay displayed during matches to disappear.
This issue can be rectified by going to [Extras] — [Settings] — [Play Settings], and adjusting the
opacity of the overlay via the [Button Opacity] option under [Classic Control Settings].
– An issue where the [Convert Players] button doesn’t work.
If you encounter this issue, please return to the previous screen by pressing [Back] and then go
to the Trainer menu again.
– An issue where even though the Tactics was set as ‘Defensive’, it changes to “Offensive” in
the pre-match squad management menu.
For now, please remember to set your squad’s tactics to “Defensive” every time in the pre-
match squad management menu or the pause menu.

I have played three games so far. Gameplay was butter smooth. However, the passing seemed a bit difficult. It might be due to the low team spirit. I haven’t experienced any of the issues given above. Reason being that I didn’t use all the features.

Starting from today, eFootball PES 2020 for Android and iOS enters pre-open period. Meaning, they may conduct emergency maintenance without prior notice. It will end on 24 October 2019 02:00 UTC.

Just before I tried to play my first game, it showed a server busy notification. It’s no wonder given the millions of users, trying to access at a time. Fast forward to 11:15 UTC, Konami started another short maintenance process. It lasted for almost three and half hours.

You might have also experienced the same. Before 24 October, you must expect these occasional maintenance. The developers have already announced you should be aware of them (yeah, the regular maintenance will happen on Thursdays between 02:00- 08:00 UTC).

Not just the game, but official website people use to log in with their Konami ID also went out of business in those three and half hours today. Now that the major procedure ended, the sporadic hindrances won’t last long.

Let me end this on a lighter note. I scored my first goal with Harry Kane. Who did you score your first goal on PES 2020 with? Don’t forget to share your excitement with us in the comment section down below.

Note:- We will update this story if anything happens with regards to PES 2020. 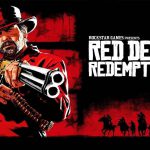