LG smartphones are slowly becoming a gone case. The newly launched devices from the brand do not seem to excite either smartphone users or tech fraternity.

However, LG came with the LG G8X ThinQ that sports a dual-screen with a twist. You do not get a continuous dual screen on the phone but, get two separate screens which are of the same size as the primary display.

Moreover, the secondary display also features a USB Type C port as well. The hinge in between makes the device usable as a tablet that looks brilliant. But however exciting it may sound, it failed to grab eyeballs as expected by the brand.

Matter of fact, in terms of providing security and firmware updates, LG has constantly failed to make some impact. Most of its devices are yet to get served with the latest security patches.

Besides, what might come as a shocker is that in a recent development, the Android 9 Pie update is now available for two LG devices, namely LG Stylo 4 and LG Q7 Plus units. Let us take a look at each of the update arrived on the respective devices one-by-one.

The LG Stylo 4 was launched in 2018 and is a mediocre device that packs in 2 GB of RAM with a stylus pen. Moreover, it is powered by the Snapdragon 420 processor and sports a 3,300 mAh battery. Talking about the update, it is currently available for LG Stylo 4 on Spectrum Mobile and Xfinity Mobile. However, it is expected to arrive for other carriers in the U.S. pretty soon. Matter of fact, Spectrum did release a beta build of Pie about a month ago.

The new update carries the version number Q710ULS20A for Spectrum Mobile and Q710US20B for Xfinity Mobile. The update on both the carriers bring in all the goodies from last year’s Android 9 Pie.

Note that the update will arrive via OTA on the devices and will take some time. In the meantime, if you wish to sideload then, you can download the update package file from below:

Due credits to My LG Phones for sharing the kdz package file for both the Spectrum and Xfinity carrier updates for the LG Stylo 4 smartphone.

Another LG smartphone that has been ticked off from the long-awaited list for receiving Android 9 Pie update is the LG Q7 Plus. The latest update is currently available for users on the T-Mobile and Metro by T-Mobile network. Notably, Android 9 Pie has already arrived for the LG Q7 Plus in Korea and the global update rollout was expected soon.

The update is available for model numbers LMQ610TAL and MQ610MA of the LG Q7 Plus devices. Moreover, it carries the version number Q610TA20A and brings along September 2019 security patch as well for the device.

It is being pushed via OTA and will soon arrive on all the devices on the respective network. However, experience users can use the KDZ file to flash their phones manually (once again, credit goes to My LG Phones):

Note: You can check out our dedicated LG Section for such similar stories. 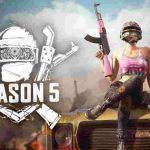