Ever since the launch of the latest and greatest Pixel from Google i.e. the Pixel 4 and Pixel 4 XL, everyone seemed pretty excited to test out its dual camera performance.

Now for a refresher, this is the first time that Google is going with a dual-camera setup for its Pixel device. Previously, Pixel 3 and 3 XL did wonders with just a single lens and the camera performance was simply mind-blowing.

Moreover, the Pixel 3 camera is known as the best smartphone camera ever which Google, later on, passed onto the mid-ranger Pixel 3a and 3a XL.

But, with the dual-camera setup, surprisingly, Pixel 4 has scores lower than the Galaxy S10+ in the DxOMark. Well, we cannot totally rely on the DxOMark score as the shooting conditions vary.

Google Pixel 4 scored a total of 112 marks on the DxOMark scoring 117 in still images and 101 points in video. Notably, the Huawei Mate 30 Pro scored a whopping 121 points in the same DxOMark ratings. Talking about some camera specs, the Pixel 4 sports a dual-camera setup with a 12 MP (f/1.7 aperture) primary sensor along with a 16 MP (f/2.4 aperture) telephoto lens.

But, if you wish to enhance your photography experience on Pixel 4 – e.g. add some additional wide angle love – the Mountain View giant has you covered. Take a look at the Google certified Moment Photo Case lens.

You can dual benefit of protection to your smartphone as well as an extra accessory that gives you an optional 18mm wide-angle lens as well.

The lens is detachable but gives you the feature of capturing a 2x more wider image. The lens is very easy to attach and you just need to simply place the lens on the grooves provided on the case.

Reacting to the Moment Case with the wide-angle lens, users seemed pretty excited about this product and posted their views on the Reddit platform:

Note that the Moment case with 18mm lens is up for pre-order and will probably start shipping next month. Let us know in the comments below if you would want such a case for your smartphone or not. 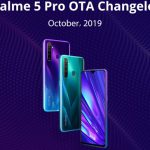 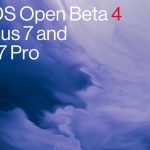