The LG G6 was one of LG’s best-crafted smartphones when it came out back in March 2017. And no, this wasn’t plainly because of the failed attempt at modularity with the previous year’s LG G5, but simply a great design for a rather less-impressive phone.

What made the LG G6 an uninspiring phone despite having a great design was the processor. Unlike other 2017 flagships that came powered by a Snapdragon 835, LG went with the previous year’s Snapdragon 821. This rendered the device DOA. Even more baffling was the phone’s pricing. By its standards, the LG G6 was expected to be priced in the regions of $500-$600, however, LG slapped a $720 price tag on the device, at least for those going through AT&T in the U.S.

On T-Mobile, you could get one at $650 while Verizon and Sprint were in between. For comparison, the Galaxy S8 with a much better design, a superior AMOLED screen, and a more powerful processor was priced at the same $720 at launch. Clearly, LG shot itself in the foot.

Fast-forward two years later, things haven’t really shone for the LG G6. The phone is still troubled, this time not about the price (you can grab a used one on Amazon right now from as low as $215 for the Prime Exclusive model), but the software updates.

Sure, we know the company is working on an LG G6 Android Pie update. However, this has been ongoing for weeks now. The first time we heard about it was in July 2019 and last month, the stable channel got an update to July security patches, probably in readiness for Pie to arrive.

But then the unthinkable happened. Folks using model H870S started receiving an update with May security patches late last month, which was a typical 2019 LG flexing its muscles.

Today, there’s another LG G6 Android Pie update for beta testers in Korea. Sure, the Pie beta program is also available in Europe as well, but the incoming OTA is targeting the Korean variant of the LG G6 with model number LGMG600L.

The new update bumps the software version from V20q to V30b, possibly the final LG G6 Android Pie beta update ahead of the final release. While you can get it via the usual OTA channel, the option to upgrade via LGUP Tool’s FOTA Upgrade is also available.

Just so you know, the LG G6 Android Pie update will be the second and last major OS upgrade for this device, which came running Android Nougat out of the box. But LG should continue rolling out random security updates to the device even after the OS upgrade.

LG G6 devices in Korea are now getting the stable Pie update. P.S. We have more LG-related coverage here. If it’s Android Pie stuff that you are interested in, check out this dedicated section. 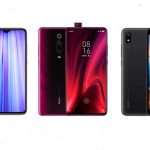