Samsung has already released the latest October security patches to multiple devices. It all started with the Galaxy A50 before being joined by the Galaxy A30 and Galaxy J2 Core.

The October patch then found its way to the premium Galaxy S10 5G, Galaxy A20e, Galaxy Tab S4, and the Galaxy Note 9. The latest to receive the new security update are the Galaxy J4+ and Galaxy J8.

The new software is rolling out to the Galaxy J4+ in multiple markets across Europe, including Spain, France, Netherlands, Portugal, and the UK. The J4+ variant sold in these markets has model number SM-J415FN.

Unlike the former (SM-J415FN) that never got a software update since July patches rolled out, the latter duo got September security patches last month.

Granted, the incoming October security update may be limited to model SM-J415FN while the other two will remain on September patches for now. The OTA is arriving as software version J415FNXXS4BSI4 and of course, it’s based on Android 9 Pie.

The story should be more of the same with the incoming Galaxy J8 October security update. The update is arriving as software version J810MUBS2BSI2, a target for model number SM-J810M. The J8 also has models SM-J810F, SM-J810G, and SM-G810Y.

Just so you know, the update that brought September security patches to the other Galaxy J8 variants had the same changelog as what is arriving as part of the October patches in South America.

Both the Galaxy J4+ and Galaxy J8 are in line to receive the update to One UI 2.0 based on Android 10, their second and last major OS upgrades. But the wait could go all the way to Q2 2019 or maybe even later.

NOTE: For more Samsung-related coverage, tune in to our Samsung section. You can also get more Android 10-related stuff here. 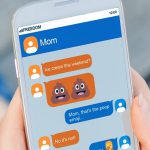 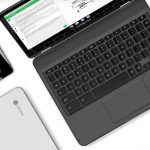