Asus is one of those few companies who are continuously pushing the limits in the domain of gaming. They really helps PC users to get the taste of high scale gaming with plethora of offerings. Republic of Gamers aka ROG is their range of such devices, and you can obviously find mobile phones under same branding.

Besides liquid cooling, extensive peripheral support and of course those sci-fi style exterior, the software update scenario as well as the price tag of the initial ROG Phone are not exactly up to the mark. Security patches are often delayed, and there is no definite timeline of the stable Android Pie update.

The Taiwanese OEM plans to correct all these shortcomings with ROG Phone 2 (stylized as ROG Phone II). The overclocked Snapdragon 855+ SoC is a major boosting factor. However, the new pricing strategy – ₹37,999 (~$535) for the base variant – is none but a killer move!

In the software part, Asus introduced a unique design. Users can switch between classic, close to stock Zen UI 6 and gaming oriented ROG UI on the fly. The phone is currently running Android Pie, but Android 10 update is in the pipeline.

The company also pushed plenty of fixes and new features via periodic software updates. Matter of fact, they just prepared a new OTA for the Indian variant of the Asus ROG Phone 2. The internal version number is 16.0631.1908.12, which is significantly different from the global firmware.

1. Added the AirTriggers/Key Mapping/Macro tabs, and Share/Import features to the Scenario Profiles in Armoury Crate

3. Added the option to switch between different Bluetooth devices in Calling Screen

5. Optimized the UI of moving photos or selecting all photos in Gallery

7. Fixed the issue where Game Genie cannot be called out by specific gesture

8. Fixed the touch issue when log in to “City of Forever 7 Days”

We hope the same update will eventually be rolled out to the global units, as Asus usually does not maintain different version numbering for regional firmware builds. Although it is possible to crossflash the update on Chinese units, there are some adverse side effects of the conversion.

Ready to dive into the genre of gaming phones? Which one is your favorite? Let us know by commenting below.

After IN SKU, the update is now live for WW SKU as well. 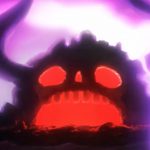 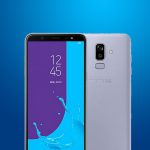