Announced in May 2019, the Redmi K20 Pro has all the attributes of a would-be Poco F1 successor. It packs a solid specs sheet in a near-premium finish and has some great snaps too. The battery capacity is up there with the Poco F1 while the icing on the cake is the price.

To date, it’s sometimes hard to fathom how Xiaomi is able to cram so much tech into such an affordable piece of hardware. But we’ve come to notice that the company always cuts a few corners here and there to arrive at these affordable prices.

One particular trick the company uses is to skip some certifications like IP68 despite including some level of dust and water resistance when designing the devices. This way, Xiaomi is able to save on costs of production and eventually ends up pricing the devices affordably.

Another certification that device makers often skipped is Widevine. When a device receives Widevine L1 certification, for instance, it means users can stream online content from Netflix, Hulu, Amazon Prime, and other streaming services in HD/FHD/UHD/4K.

With any other certification, for instance, Widevine L3, your phone can only stream content in 480p quality. Apparently, this is what Redmi K20 Pro users can only manage to get when streaming content from Amazon Prime. This is despite the K20 Pro having Widevine L1 support out of the box.

It’s worth noting that only Amazon Prime HD streaming is affected in this case whereas Netflix HD streaming is fine. If anything, this should come down to the certification thingy.

On the brighter side, Mi India support has confirmed that a software update will soon be pushed to enable Redmi K20 Pro Amazon Prime HD streaming. What “soon” stands for in this case is still a mystery, though. We had captured the story about a month ago, but it’s only now that a statement is coming from one of the official channels.

Our technical team has already been informed and is working on an update. You will soon be able to stream Amazon HD on Redmi K20 Pro and enjoy some of our latest features on the phone.

So, there you have it, folks! If you own the Redmi K20 Pro and streaming HD videos from Amazon Prime is one of the things youd want to do on the phone, be sure to watch out for this feature in a future update. Not long ago, Asus also made a similar promise for Asus 6z owners.

NOTE: We will keep an eye on this development and let you know when the said update begins rolling out, so be sure to stay tuned to our Redmi section so that you don’t miss anything. 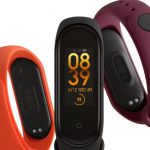