A phone isn’t a mere device to make calls anymore. Starting from clicking a photo, you can even transfer funds in a few taps and swipes. It goes without saying, phones have gone through many phases of evolution to become what we see today.

The improvement happened to GPU as well. Each new CPU iteration from manufacturers came out with a bump in gaming performance. If you happen to be a gamer, you know how mobile games fare at present. The graphics have moved close to the reality.

With the popularity of mobile games, phones have emerged with their prime focus on the graphics. You remember Razer Phone, don’t you? Came out in November 2017, the device touted a display of 120 Hz refresh rate, which in turn reduced gameplay latency.

Then came ROG Phone from Asus after six months. Though it only had 90 Hz refresh rate, the brand did opt for an AMOLED panel that Razer Phone lacked. Moreover, the handset also offered storage up to 512 GB (no room for memory expansion, though).

Spec-wise, Asus got everything covered. But, what about firmware updates? It still runs on Android Oreo!! While almost all the 2018 flagships are in queue to receive Android 10, ROG Phone users are still anticipating Pie (version 9.0).

To recall, in June, a ZenTalk moderator confirmed the arrival of Android Pie to the device by Q3, this year. Now that we are into the Q4, ROG Phone still runs on the same old Oreo. A week ago, we saw a disappointing response on the forum saying the phone will be updated sometimes in the future.

As you know, the brand already released ROG Phone 2. And, they are busy updating the gadget with new features. Even if Asus repeatedly says they haven’t forgotten the first generation users, the recent turnarounds indicates otherwise!

Yesterday, below the post of a concerned user, a moderator commented on ZenTalk that Android Pie FOTA for ROG Phone had been postponed. We know how irritating it is to have no major OS updates for an almost two-year old smartphone.

As you can see in the above image, they will untie an incremental package in October (most probably a security patch). In case you are not aware, ROG Phone received July patch only in the last month.

Note:- Stay tuned to our Asus section for more stories. 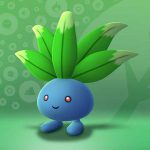 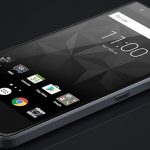