When Google announced the first public beta version of Android Q at the I/O 2019, it also welcomed devs of several devices outside the Pixel realm to join in the fun and start building and testing their apps in readiness for the stable version.

Samsung, for a second year running, didn’t bother to throw one of its flagships into the early beta testing program and it has yet to say anything official regarding when Android 10 will begin rolling out. However, the unofficial roadmap is already out there.

The list of devices in the Android Q beta program was dominated by phones from China where vendors have often been accused of slow software updates and sometimes none. Vivo was well represented by NEX A, NEX S, and X27 while Xiaomi had the Mi MIX 3 5G and Mi 9 in the program.

Huawei, Tecno Mobile, Oppo and it’s subsidiary Realme each had a representative in the program as well. While the Realme 3 Pro later dropped out of Android Q beta testing prematurely, its parent company and the Oppo Reno didn’t quit.

A week ago, Oppo opened the initial trials for Android 10 beta version on the standard Oppo Reno handset in China. Tagging along ColorOS 6 beta, the update also introduced features like dark mode, focus mode, two-sided gestures, and so on.

Now today, this update is rolling out as a public beta version to the Oppo Reno in China. The ColorOS 6 beta update has software version PCAM00_11_W.02_Beta and, as expected, brings lots of Android 10 goodies in all their unstable glory.

For some reason, the Oppo Reno 10x Zoom variant isn’t getting this update for now. But of course, it should be able to join the party in the coming days if not weeks. As for the stable version, it could take several weeks before Oppo is done with fully testing the OS.

At the moment, it’s unclear whether the stable Oppo Reno Android 10 update will arrive with ColorOS 7 on top. But given the testing still involves ColorOS 6, it’s possible the newer skin could be pushed later on as a separate update. Thoughts?

NOTE: We have more Oppo-related coverage here. If interested in more stuff about Android 10, check out this dedicated section. 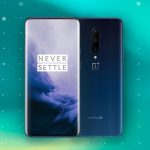